By February 12, 2021 No Comments
FacebookTwitter 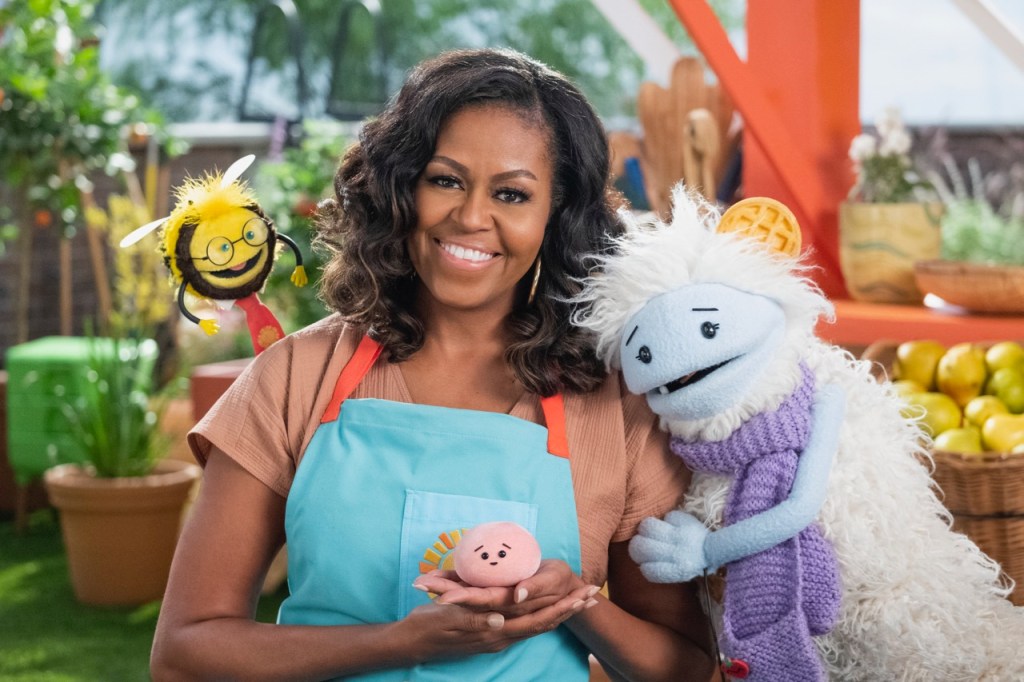 Michelle Obama has always been passionate about ensuring kids eat quality and healthy meals and now she’s bringing that passion to Netflix.

According to the announcement, our forever First Lady is launching her new children’s show, “Waffles + Mochi,” to Netflix this spring and it stars a couple of adorable puppets — and one very familiar face–her’s. Sharing the news via an announcement via Instagram, Michelle Obama revealed that she will be prominently featured in the upcoming food-themed adventure series alongside her puppet friends, Waffles, who is a blue puppet with her namesake breakfast sticking out of fuzzy white hair, and her pal Mochi is a smiling little pink rice cake; who go on adventures to cook and try new food.

“I’ve got some big news for you! This is something I’ve been working on for a while now, and I’m so excited to finally be able to tell you all about it. Allow me to introduce two new friends of mine: Their names are Waffles and Mochi,” Michelle Obama wrote. “On March 16, we’ll be launching a new children’s show on @Netflix called Waffles + Mochi. It’s all about good food: discovering it, cooking it, and of course, eating it. ”

The series also plans to highlight Waffle andMochi’s journey as they try to become chefs by highlighting famous chefs, cooking new and healthy recipes, and showcasing the importance of cooking with healthy ingredients.

“These two will take us on adventures all around the world to explore new ingredients and try out new recipes,” Michelle Obama continued. “Kids will love it, but I know that adults will also get plenty of laughs—and some tips for the kitchen.”

The theme of the show closely aligns with Obama’s “Let’s Move!” public health campaign, which was aimed at curbing childhood obesity. As one of her signature platforms, she tried to lead initiatives that helped families get access to healthy, affordable foods and increase their physical activities, a point Mrs. Obama pointed out in her reveal.

“In many ways, this show is an extension of my work to support children’s health as First Lady—and to be quite honest, I wish a program like this had been around when my girls were young,” Michelle Obama wrote. “I also know that this is a difficult time for so many families, and I’m hopeful that this delightful show can bring a bit of light and laughter to homes around the world. That’s why as part of the show’s commitment to helping families during the pandemic.”

Check out the trailer for the show below.

Michelle Obama To Trump: “This Isn’t A Game“