By March 18, 2021 No Comments
FacebookTwitter 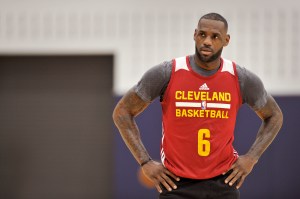 According to recent reports, LeBron James is set to become the new co-owner of the Boston Red Sox baseball team in a business venture with Fenway Sports Group.

LeBron James isn’t new to making money and  power moves —but this latest move could transition him into a multi-sport mogul. @BostonGlobe reports, Fenway Sport Group (which is the parent company of the Boston Red Sox) just finalized a $750 million private investment that would officially make RedBird Capital Partners it’s third-largest. However, the even bigger news is that with this new investment a new partner was added to the roster… none other than NBA champion LeBron James.

Once Major League Baseball approves the deal in reportedly the next few weeks, LeBron will not only become a partner, but will also be named as a part owner of the Boston Red Sox. Additionally, he will also be co-owner of other Fenway Sports Group subsidiaries, including Roush Fenway Racing and Fenway Sports Management.

The amount of shares LeBron owns has not been undisclosed, but it’s said that it is more than the current 2% percent he owns of the Liverpool, England soccer franchise.

LeBron’s close friend and long-time business partner Maverick Carter will be co-owner alongside him in this lucrative deal —making them the first Black partners in Fenway Sport Group history.