By March 9, 2021 No Comments
FacebookTwitter 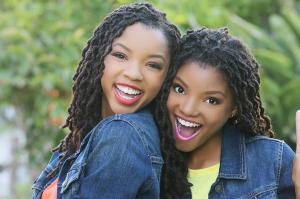 Halle Bailey was not here for Mathew Knowles comments about her older sister Chloe Bailey, Halle Bailey tweeted some clap back responses to Knowles.

When asked about Chloe being compared to his Famous Daughter Beyonce Knowles responded:

“Are you telling me someone is idiot enough to compare her to Beyoncé talent wise? It’s a yes or no. Are there people saying her talent is equal to Beyonce? They’re an idiot, period. That’s actually insulting to Beyoncé. If you wanted to call out Barbara Streisand or some people like that…like come on, man.”

Halle Bailey wasn’t here for the comments and responded via twitter:

“How amazing is it that @ChloeBailey is already an icon. Just popped in to say that.. i ride for my sister till the enddd okayyyy.”