By April 4, 2021 No Comments
FacebookTwitter

Happy birthday to R&B powerhouse Jill Scott – the sexy, uber-confident, and amazingly talented songstress, model, poet, and actress whose name represents pride, self-empowerment, and warmth. The self-proclaimed “Jilly from Philly” turns 49-years-old today (April 4), and throughout her 20-year career, she’s given us powerful female anthems, performances, and a whole new way to express our sexuality! From the first time we heard her sensual sound on “A Long Walk,” to the moment we were introduced to her acting chops on shows and movies like Girlfriends, Why Did I Get Married, and Baggage Claim, to her and Erykah Badu’s moving Verzuz battle that felt like warm hugs, soul cleansings, and a cultural reset, Jilly from Philly has remained soulful, sexy and confident, never shying away from showing off her killer curves and style. In celebration of the queen’s birthday today, let’s take a look back at the many times she’s showed off her sexual confidence!

Get On Up Movie Premiere 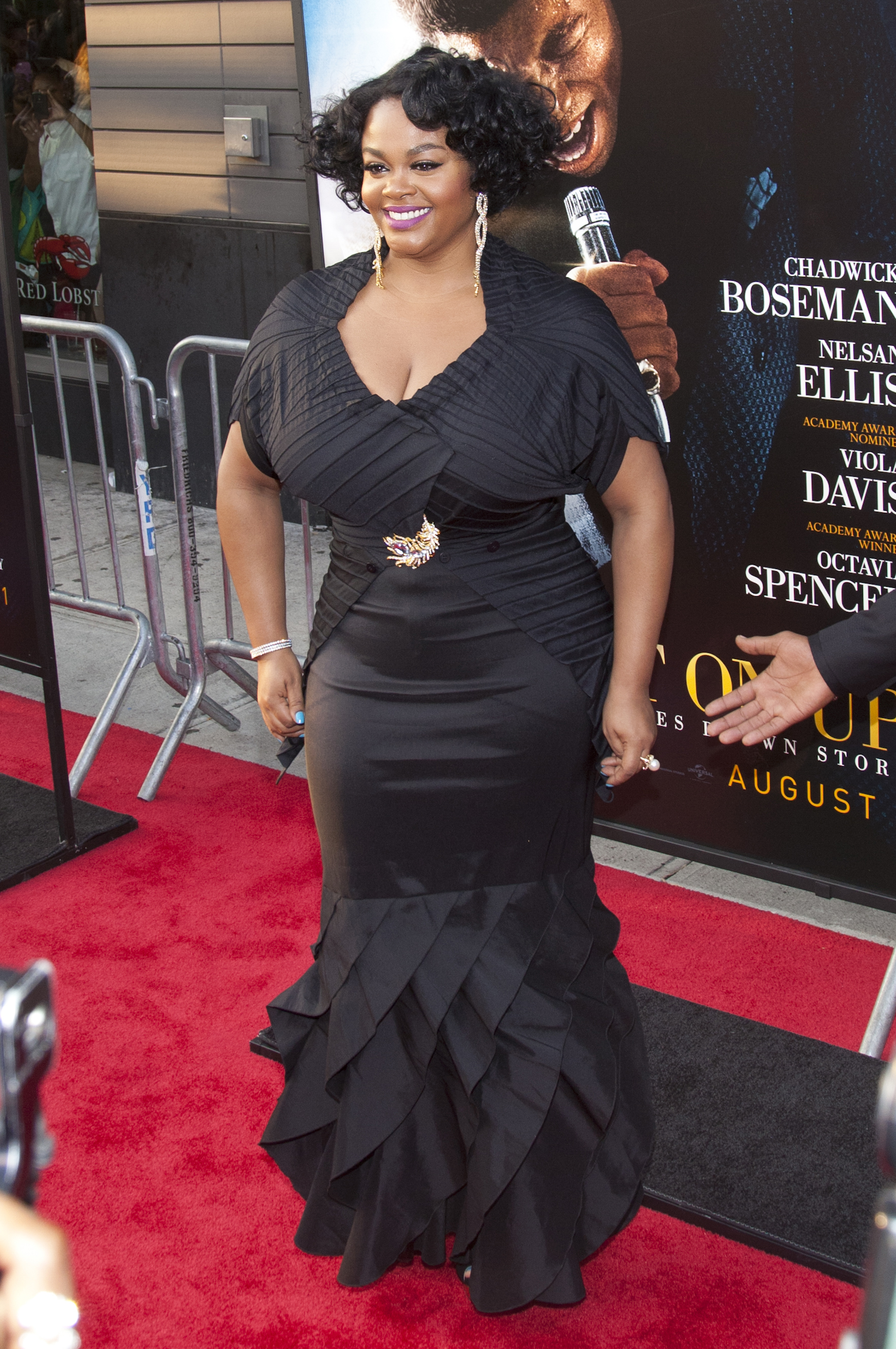 In 2014, Jill Scott attended the “Get On Up” world premiere at the Apollo Theater in New York City and showed off her confidence, style, and curves donning a sexy all-black gown that fit her snug in all the right places. She opted for a short, curly do’ that showed off her long, sparkling earrings and matched the sparkling pendant she wore at her waist. The Grammy-Award-winning songstresses played James Brown’s second wife Deedee in the film, starring alongside the late Chadwick Boseman in the hit biopic about Brown’s life. 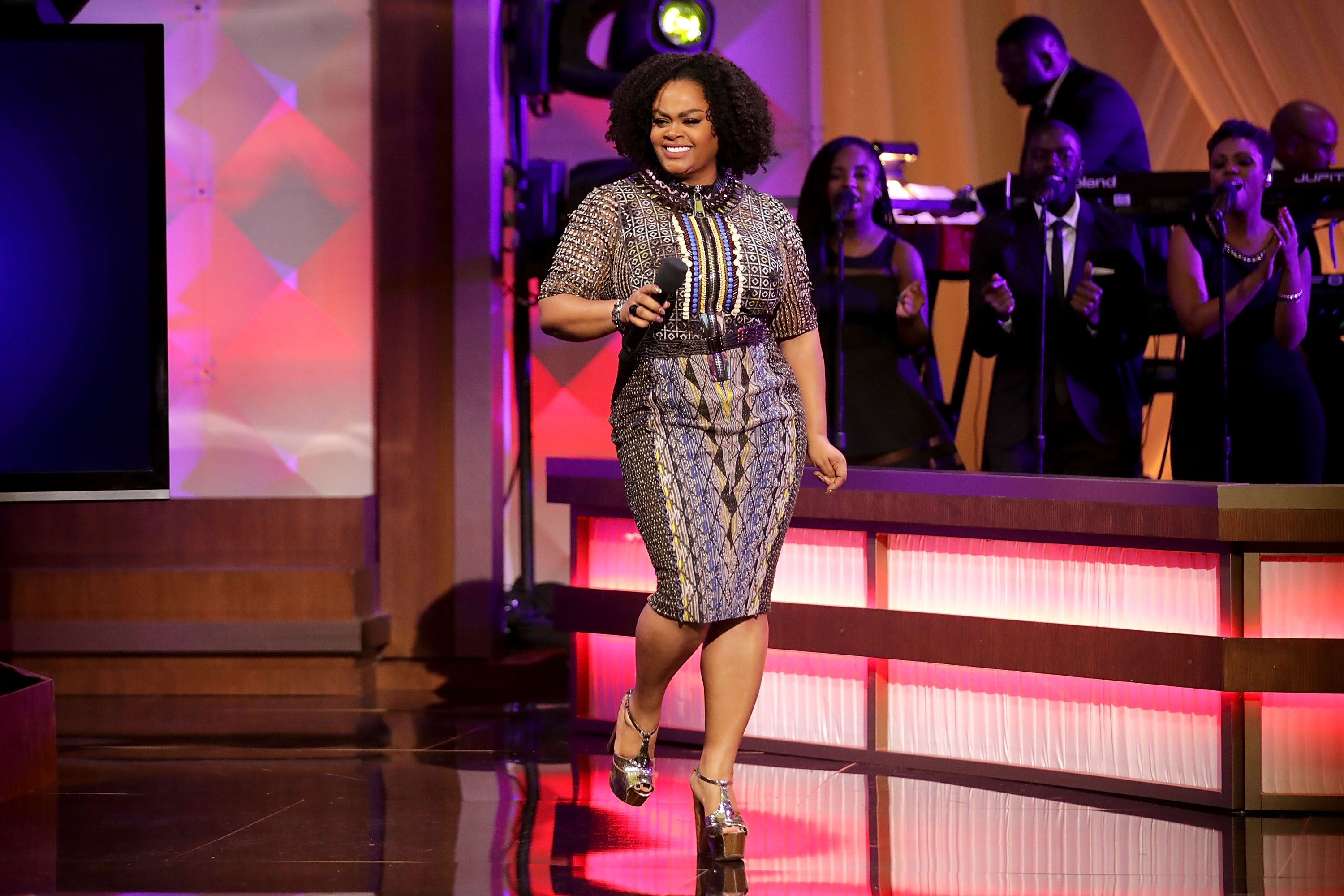 In 2015, Jill Scott took the stage at TV One’s own” Interludes Live: Jill Scott” where she tore the house down serenading the audience with her hits, confidence, and sexy style. She showed off her curves wearing a printed, fitted dress and platform shoes that allowed her to effortlessly glide across the room as she belted out some of her most popular songs across her amazing discography. 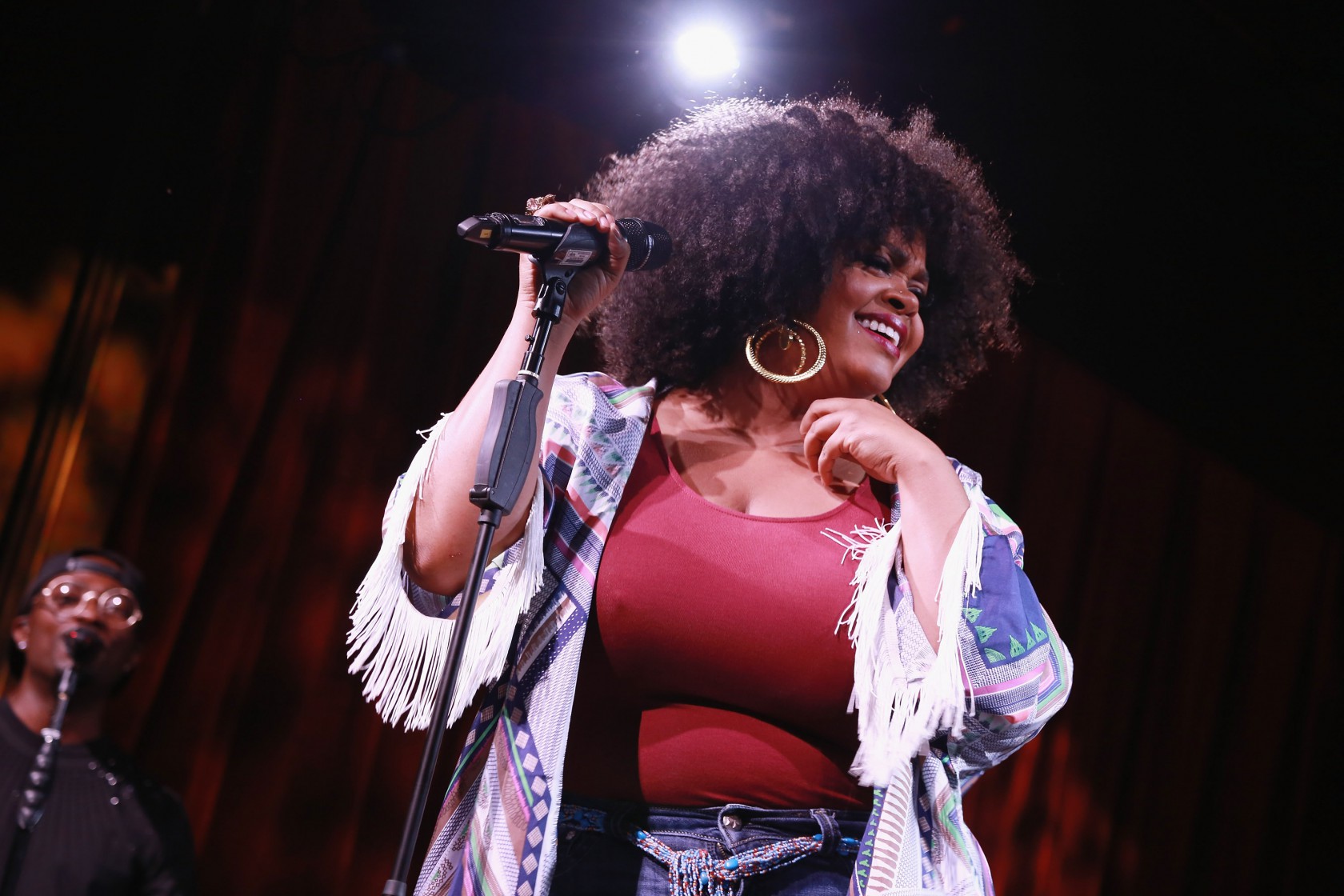 Also in 2015, Jill Scott took the stage at MIST Harlem in New York City at her WOMAN Album Preview & Live Performance. Here, she opted for a more casual look, wearing a fitted tank, jeans, and a printed wrap with fringes at the sleeves. She wore her hair natural, letting her voluminous curls and gold hoop earrings frame her face as she took the audience through songs from her album. 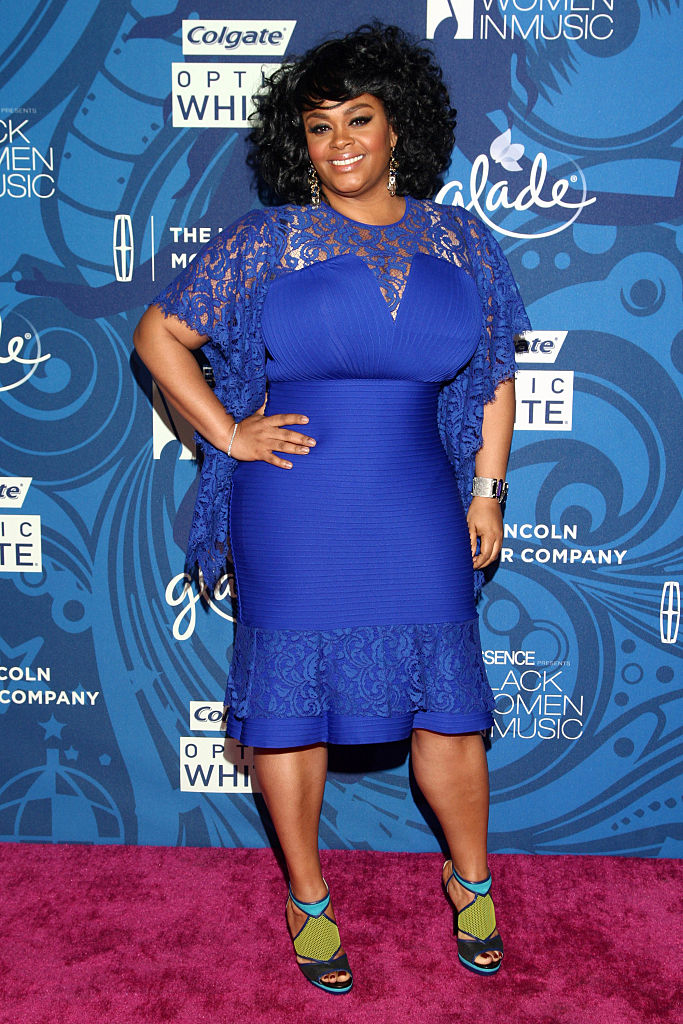 Also that year, Jill Scott attended ESSENCE’s 6th annual Black Women in Music Event. The yearly occasion was held at the Avalon in Hollywood, California, bringing out prominent Black women in music from all genres and decades. Before the songstress was honored for her musical achievements that night, she graced the red carpet donning a blue midi dress with lace around the neckline and sleeves. She opted for green, blue, and black strappy heels to give the whole look a stylish contrast. 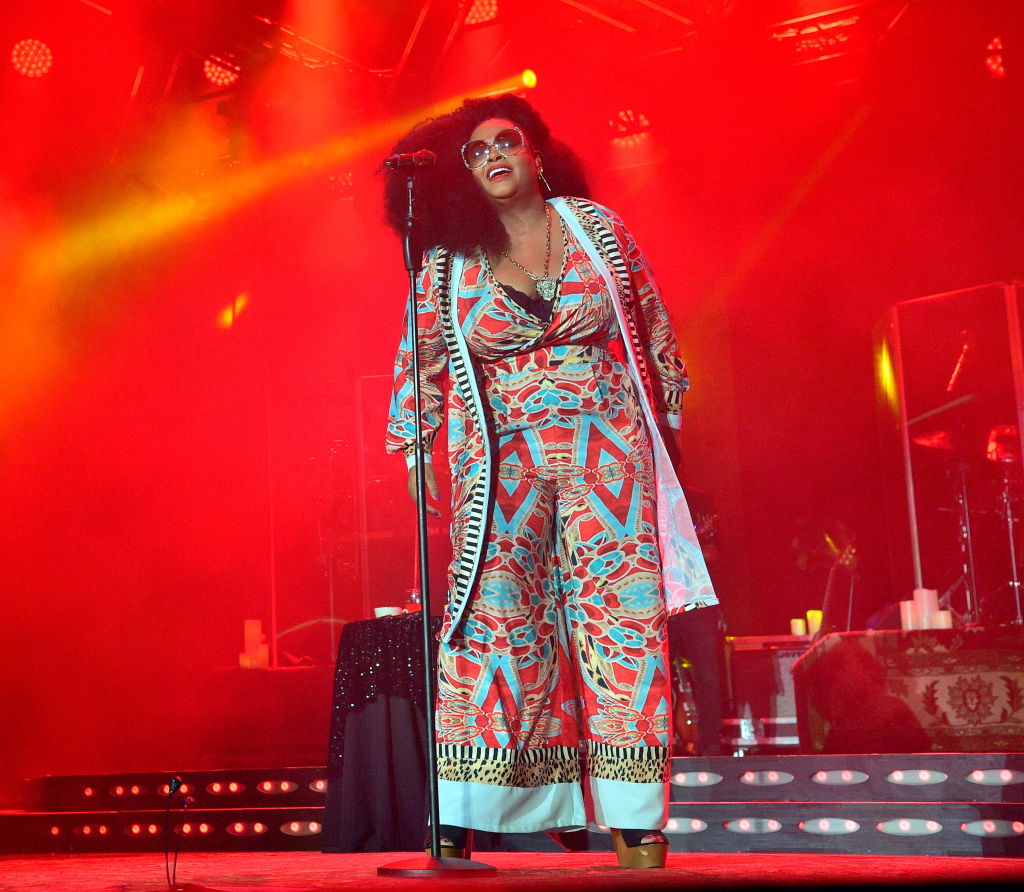 In 2017, Jill Scott took the stage during the annual ESSENCE Festival at the Mercedes-Benz Superdome in New Orleans, Louisiana. As one of the headliners for Mary J. Blige’s “Ladies Night” show, Jill pulled off a statement style to match the notoriety of the show. During her performance, she donned a big, voluminous, afro that was swept to the side and revealed a shaved side, a style that was quite popular that year. Her hairstylist, Anthony Dickey, told ESSENCE that his theme for Jill’s look was “go big or go home,” and we must say he definitely went big with this memorable, sexy look!

Victim Or Vilification? ‘The Wire’ Actor Claims Sex Abuse On Journalist Ex-Girlfriend For Touching His Butt

Wayne Brady Tells Racist Voicemail Heckler To “Kiss My A**”

#RussRant: Ron DeSantis Is The WORST Governor EVER [VIDEO]